Many beautiful and exotic cars featured wedge styling over the years but there was one that inspired them all. In the early 70s, legendary automotive designer Giorgetto Giugiaro tossed a Boomerang out there to see if it would return. Not only was the styling of the Maserati Boomerang a huge success, it started a new trend in the industry.

Making its debut at the Turin Motor Show in 1971, the Maserati Boomerang concept proved a success. That’s usually what happens when showing everyone a glimpse of the future. In reality, the Boomerang probably looked more like a spaceship to the public at the time.

Although Maserati did register the Boomerang concept as a road car, they built it to be a one-off show car. The Boomerang also provided the Italian automaker with the confidence to put the Maserati Bora into production. They used the Boomerang to develop the commercially available Bora.

Of course, Giugiaro would go on to use his wedge styling and vision to create several more industry hits. Among them include the 1979 Lancia Delta, Lotus Esprit, and even the DeLorean. Unfortunately, he only made one Maserati Boomerang concept car before moving on to other projects.

The one Boomerang in existence definitely holds its head high. After displaying the Boomerang at an auto show in Barcelona in 1974, a private collector purchased it. From there, the Maserati Boomerang made occasional public appearances at prestigious events beginning in the 90s.

Few people have ever enjoyed the privilege of actually driving the Boomerang. Forget about pushing it to its limits like you would with most exotic sports cars on a track. It’s not exactly like you can find parts at your local junkyard or auto parts store.

As a result, you can really only imagine how the Maserati Boomerang handles and performs. Looking at the dimensions and mechanicals of this 2-door coupe reveals a lot about what it might be like to drive it. There are also similar cars available from the era to draw conclusions from.

With a rear-mid-engine layout combined with rear-wheel drive, this is classic Italian driving at its finest. The 5-speed manual transmission only makes the whole experience more personal. Mastering your shifting technique with a 3-pedal is important before attempting to drive exotics with almost impossible-to-replace transmissions.

Powering the Maserati Boomerang is a 4.7L V8 engine with a dual overhead camshaft (DOHC) design. With 310 horsepower and 335 pound-feet of torque, there is plenty of juice to light the tires up. In fact, the Boomerang shares the same 4.7L V8 that you find in the Bora.

With that kind of power, reaching 60 seconds in the 5-second range is probably an accurate estimate. Overall the Boomerang is light enough to expect high-performance handling capability in the hands of a skilled driver.

You might want to wear something formal when driving or riding in the Boomerang. The doors reveal quite a bit with the glass going down to the legs. These are not gull-wing or scissor doors though, they open in the conventional way.

Hopping into the cockpit of the Maserati Boomerang will remind you of your jungle gym days. Once inside, you will immediately notice the very unique location and pattern of your gauge cluster.

At the end of the day, driving the Boomerang with any kind of risk involved is out of the question. To say this car is priceless would be a massive understatement. Giorgetto Giugiaro put his signature on the back of the Boomerang at the 1990 Bagatelle Concours d’Élégance in Paris.

Since there is only one, finding a Maserati Boomerang for sale is impossible. The only way it happens is when the current owner decides to sell. At that point, being the highest bidder at an auction is the only way to get your hands on this Boomerang.

It is not the kind of Boomerang that returns after you send it away either. Once you toss this one, it’s never coming back. Although, you may get a chance to see it again such as in the 2014 Louis Vuitton advertisements.

In a 2015 auction, the Maserati Boomerang was available through Bonhams. It fetched $3.7 million in September of that year. Who knows when it will ever become available again, if ever.

At this point, your best bet to drive a Maserati Boomerang is likely to build a replica. It will not be cheap but skilled builders are capable of pulling off the task. No matter what though, it will never be as special as the real thing. 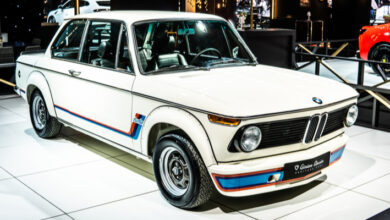