A clutch is a crucial component found in all vehicles but how does a clutch work?

Contrary to most people’s opinion, a clutch can be found in not only manual vehicles but automatic ones as well. In the latter, the clutch is part of the torque converter.

Other than that, clutches can be found in a wide range of mechanical devices. Its purpose in all these gadgets is to engage and disengage power transmissions.

Despite clutches being an essential aspect of vehicles, most of us aren’t familiar with how it works. Not unless you start experiencing some complications with your clutch it’s only then that you may start trying to learn more about it.

Today, we are going to look at how does a clutch work and some of the common issues associated with them.

What is a Clutch and How Does It Work?

In cars, a clutch is the part connecting two or more parts. In manual cars, the clutch is tasked with controlling the connection between the shaft from the wheels and that of the engine.

Clutches play an integral role in automobiles because it’s not always when the wheels are spinning despite the engine being on and powering the entire vehicle.

For you to change speed and stop the car, it is a must for the connection between wheels and engine to be temporarily halted. The clutch system is composed of two parts; a flywheel and a plate.

Initially, the flywheel which connects the engine to the shaft while transferring motion to the wheels enables the two to turn simultaneously.

When you press the clutch pedal, it releases the pressure from the clutch plate, thus temporarily disconnecting the wheels and engine which were both rotating. Therefore, your wheels will keep on spinning from the momentum they had gathered, but the engine won’t be powering them.

In summary, a clutch is responsible for two main functions. It enables the temporary stoppage of rotational power to allow engaging of gears. It also transmits rotational power produced by the engine to the gearbox.

It is also important to note that clutches work on the principle of friction which occurs between the clutch plate and flywheel.

With automatic vehicles, the clutches also exist only that they don’t function similarly to manual cars.

If you, therefore, want the car to stop, you will have to move to a different gear. For instance, change from D to N or P. However, if you are still at D, then the clutch will automatically change through the different gear ratios within it.

Why is the Clutch Important?

The clutch is the most important element of your transmission system. At the same time, it is the most frequently used mechanical component in a car.

Thanks to the clutch, you can change gears and bring the vehicle to a stop without killing the engine.

Being one of the most frequently used mechanical parts, you can expect it to wear and tear after a while. And this brings us to the next subtopic; some of the common problems with clutches.

Modern-day vehicles have advanced when it comes to clutch technology. Today, your clutch can reach more than 100,000 miles provided you take proper care of it and use it properly.

If you however push it beyond its limit, you can expect to change it more often and after relatively shorter durations.

Here are some of the common clutch problems:

If it takes a lot of effort to press the clutch pedal then there could be a problem. The main causes of a hard clutch include a cross shaft, pedal linkage, a blockage in the clutch hydraulic system, or pivot ball.

At times when you depress the clutch pedal, you may notice it remaining clamped in its position. This is referred to as a sticky clutch. An overstretched clutch cable, a leaking master clutch cylinder, or a mismatch of clutch components can be to blame.

A worn-out clutch release bearing is the most common reason why you may hear a distinct rumbling sound when you engage it.

This is one of the most common problems especially if you have been using your clutch for an extended period.

It starts to happen when the friction surface wears out, making it hard for your clutch to transmit rotational power from your engine to the gearbox.

Diagnosing clutch problems can be challenging for most car owners. However, by understanding how it works, you can notice the problem earlier before it affects other elements of your car’s transmission system.

For a professional diagnosis, however, you should visit your mechanic. You should also practice the proper use of your clutching system. For instance, avoid resting your foot on the clutch in slowly moving traffic.

Also, when at a red light, fully release the clutch and engage your car in neutral gear. 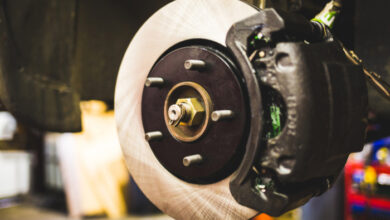 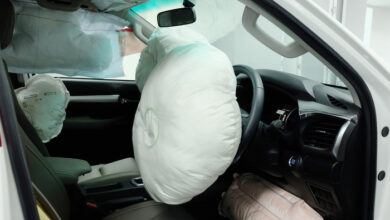 How do Airbags Work 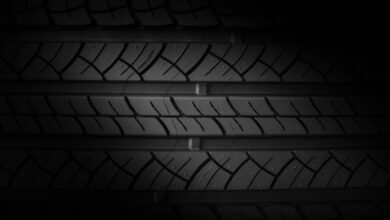 When Should You Get New Tires? 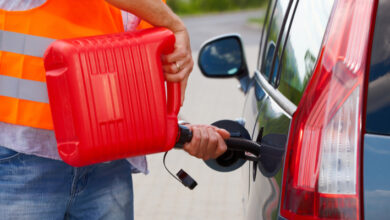 How Long Does Gasoline Last in a Car?