There was a time when SUVs did not rule the streets like they do today. At that time, the SUV was the king of off-roading. First, it was Jeep, then the Scout, then came the Bronco, and soon everyone in the industry followed.

General Motors had an answer for the competition in the form of a short-wheelbase, full-size SUV, the Blazer. It was only available in 4-wheel-drive during its first year of production, but a 2-wheel-drive option became available immediately after. The first-generation Blazer offered the off-road ability of an International Scout with a more spacious and comfortable interior.

Chevy was capitalizing on their business savvy idea of using a shortened K10 pickup as the base for the Blazer chassis. This cost-saving measure proved genius because it allowed the Blazer to offer things such as A/C and automatic transmissions. These are luxurious amenities the competition did not offer yet.

With their recent re-release of the Blazer after a brief hiatus, Chevy’s SUV is enjoying another run of success. It may have a lot of bells and whistles, but the modern version lacks the charisma and charm of the first-generation Blazer. The 1972 Chevrolet K5 Blazer can still get the job done, especially on a beautiful day with the top off.

Open-air driving is a liberating experience in a roadster or convertible, to which no sunroof can ever compare. First-generation K5 Blazers were available with a removable convertible roof made from vinyl. When you are off-roading in the wilderness, open-air SUV driving can be just as rewarding as a sports car.

Chevrolet produced the first-generation Blazer from 1969 to 1972. As the final version of the first-gen Blazer, the ‘72 K5 proved to be very popular. In fact, it outsold the Ford Bronco by nearly twice as many.

Technically classified as a truck, the K5 is one of the trailblazers of the early SUV days. It was available with several different engine and transmission options. There are 3-speed automatic, 3-speed manual, or 4-speed automatic transmissions in Chevrolet K5 Blazers.

Chevrolet and Ford’s rivalry was as combustible then as it is today. When Ford released a 302 cubic-inch V8 in the Bronco, Chevy answered with a 307 cubic-inch producing 200 horsepower for the Blazer. As for the 350 cubic-inch 5.7L V8, it produces 255 horsepower, more than enough to outrun a single Bronco.

In 1971, General Motors began using disc brakes as standard equipment across their entire light-duty truck lineup. Therefore the 1972 Chevrolet K5 Blazer features disc brakes up front giving it plenty of stopping power to slow down when necessary. Just don’t ride the brakes junior, this is still before the ABS days.

With 8 inches of ground clearance and a 35° approach angle, the ‘72 Blazer can definitely clear rocky terrain. It features a 104-inch wheelbase while the total length of the vehicle is 177.5 inches. The ‘72 K5 is 79 inches wide and has two doors.

Kicking Mud Off the Tires

The 1972 Chevrolet K5 Blazer is never afraid to get a little dirty. It kinda likes it. However, most owners take great pride in keeping them clean and in the best condition as they possibly can.

With an original list price of about $3,460, the 1972 Chevy Blazer found plenty of buyers. GM made approximately 83,567 first-generation K5 Blazers, so there are still quite a few of them out there. The most desirable versions are usually all original versions, but you will see a lot of customization within the Blazer community.

Some of the best resto-mod builders in the world throw modern LS engines with luxurious amenities in older Blazers. When they are professionally built, these special custom K5 Blazers can easily fetch over six figures.

If you are looking for something a little closer to stock, there are plenty of them out there. You can find a 1972 Chevrolet K5 Blazer for sale any day of the week. Although exact numbers are difficult to verify, enthusiasts estimate Chevy made as many as 47,000 Blazers in 1972.

Pristine examples list between the range of $50,000 to $100,000 or more. Some of them are all-original survivors while others have undergone a complete and accurate restoration.

There are also drivable 1972 Chevrolet K5 Blazers available in decent to good condition. You can usually find them for under $50,000, depending on their condition. With some patience, you may even strike a bargain for under $30,000.

Project opportunities list between a range of $10,000 to over $30,000, depending on what kind of work it needs. Custom and modified ‘72 Blazer prices vary accordingly, depending on how professional the results are.

Enjoying the simplicity of a 1972 Chevrolet K5 Blazer is easy. You hop in, fire up the reliable Chevy engine, and enjoy the purr. Sometimes you will lead the way, but other days the Blazer will lead you.

It can still go anywhere you feel like going while being relatively affordable to maintain in the long run. You can take a 1972 Chevrolet Blazer out for a Sunday cruise without worrying about much. As long as you do not trash it, it should maintain market value.

Best of all, there always seems to be a demand for retro, classic, or vintage SUVs. The 1972 Chevrolet Blazer has a worldwide abundance of fans, enthusiasts, and collectors. There really is no reason to believe that will ever change, these are well-built machines. 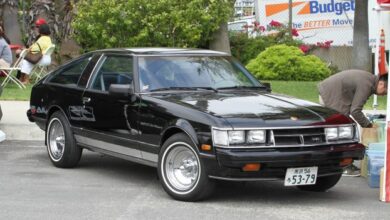 Beginning a Legacy with the 1978 Toyota Celica Supra 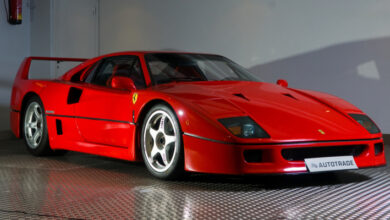 Going from Posters to the Garage with the Ferrari F40 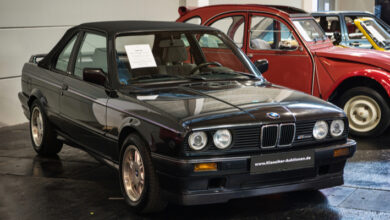 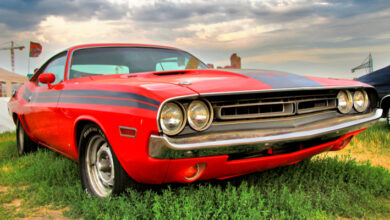 Avoiding the Vanishing Point with the 1970 Dodge Challenger